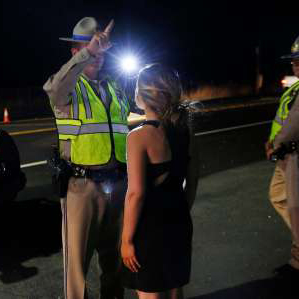 The officers formed the opinion the driver was under the influence of alcohol and unable to safely operate a motor vehicle, and placed her under arrest.  After being transported to a women’s detention facility, the accused driver chose to do a breath test, displaying a .17% BAC.

While alcohol-related traffic collision incidents can result in severe consequences, the alleged DUI driver was able to receive minimal punishment in the San Diego Superior Court.  The accused DUI driver had to only pay the minimum fine & assessments, do only three days of public service program, be on only three years of probation rather than five, and have an ignition interlock device for only six months rather than one to three years.  As a bonus, the court accepted her smart attendance AA meetings instead of having to attend MADD.  She’s not MADD about her good outcome.