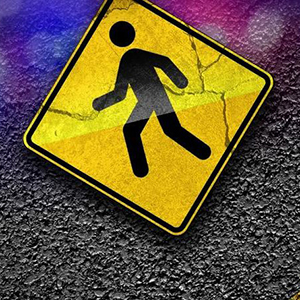 While driving home, a pedestrian came onto the street and then was hit by the nice woman’s vehicle around midnight.  The Accused lawfully pulled over on 500 G Street to ensure the health of the victim.  A police officer on a marked police bicycle, working as part of the San Diego Gas Lamp DUI Enforcement Team, responded via radio to investigate the alleged DUI collision.

Upon the scene, the pedestrian was lying in the middle of the intersection and the Accused’s vehicle was stopped in the #3 lane.  San Diego Fire Department Engine #1 responded to the scene and evaluated the pedestrian for visible injuries.  The pedestrian declined to be transported to a hospital for further evaluation at that time.

The San Diego police officer conducted a series of DUI field sobriety tests (FST’s) on the Accused.  The first was a horizontal gaze nystagmus test, where the Accused held her head still and followed the officers’ finger with only her eyes.  In conclusion of the test, the Accused allegedly could not smoothly follow a moving object, and had noticeable reddened and bloodshot eyes.  Following was a walk and turn test, where the accused placed her right foot over her left foot on a designated line and her left foot immediately behind the right for nine steps. On the ninth step, the investigating DUI officer noticed person #2 was unable to maintain their balance or perform this test as instructed.  The final DUI FST was a one leg stand test, instructing the accused to raise either foot six inches off the ground and count out loud starting at “one thousand one.”  The Accused raised her foot nearly 18 inches off the ground, immediately lost her balance, and swayed her body around. Overall, the DUI cop believed the suspected drunk driver did not perform the tests as instructed.

The Accused was then told a portable breath alcohol test was voluntary, but if she did not taken the test, she would still be arrested for driving under the influence.  The alleged DUI driver chose not to provide a breath sample, was placed under arrest and escorted into the DUI patrol vehicle.  At the San Diego DUI checkpoint testing station, the Accused was told to provide either a breath or blood sample; she chose the latter.  A blood alcohol test was conducted; the result was a .12% BAC, exceeding the .08% legal limit by 50%.  The DUI consequences while striking a pedestrian meant potential for a felony DUI, five years probation, jail, public service program, vehicle impoundment, home GPS confinement, San Diego DUI alcohol program, and an ignition interlock device (IID) installed on a vehicle.

While the DUI accident could have been much worse, it turned out to be relatively minimal.  Instead of five years probation, the accused defendant received three years.  There would be none of the following:  jail time, home confinement, vehicle impound, ignition interlock device, a longer six or nine month program, multiple days of public work service program (PSP), and most importantly, a felony.  The favorable result included only paying a minimum fine at a low monthly rate, attending one session of MADD, completing a three month San Diego alcohol program.