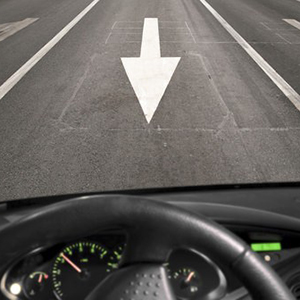 After drinking white wine and tequila at a restaurant and then a bar, a nice retired medical field lady was driving on her way home at 2:00 AM.  She was stopped in the middle of an intersection on the eastbound lanes and then reversed, driving on the wrong side of the road.  A police officer observed the beige Mazda and observed a female sitting in the driver seat, just before putting her vehicle in reverse and driving backwards.  He activated his overhead light and conducted a traffic stop.  The accused driver continued driving, passing a few blocks at a slow rate of speed before pulling over.

Immediately, the officer noticed that there was a strong odor of [an] alcoholic beverage[s] emitting from her as he stood in front of her.  He also noticed bloodshot watery eyes and slurred speech and she spoke to him.  The alleged DUI driver was asked to exit her vehicle and walk back to the officer’s patrol unit, lightly grabbing onto his arm as she was nearly falling over.  She had admitted to having a few glasses of wine earlier that day.

During a horizontal gaze nystagmus test, the accused driver kept following his pen with her head, looking back at me, and ignoring the movement of the pen.  She was unable to smoothly follow the pen as it moved in front of her, and kept jerking her eyes in anticipation of, and to catch up to.  When asked to perform some field sobriety exercises in order to determine her impairment and ability to operate a motor vehicle, the accused driver refused the exercises because she claimed her balance is naturally off because of her bad knees and ankles.

The alleged DUI driver agreed to take a preliminary alcohol screening.  She provided a sample of 0.18% BAC, double the legal limit of 0.08%.  Based on the totality of the circumstances and the accused driver’s objective signs and symptoms of being under the influence of alcoholic beverages, she was arrested.  She was then required to do a blood sample, and the result of that sample was 0.23% BAC.

A blood alcohol content of 0.23%, along with driving on the wrong side of the road, can be very difficult to battle for an attorney.  However, many of the punishments were subsided with lesser consequences with the help of a powerful lawyer.  The vehicle code 21650 [wrong way] was dropped in exchange for a guilty plea to vehicle code section 23152(b) [driving with 0.08% BAC or >0.15% BAC or higher].  Rather than ten days in jail or ten days of public work service program, the alleged DUI driver were only to complete 48 hours of volunteer work.  The determined attorney was able to stipulate to a 0.19% BAC from the breath test instead of the 0.23% BAC.  This reduced the 9-month alcohol program required for a BAC of 0.20% or higher, to a 3-month program.  There was the following:  No jail time, no expensive SCRAM alcohol-free bracelet, no home confinement, no probation officer, and no 2-3 years of ignition interlock device.