Reduced Sentence for Driver Over 3x the Legal Limit

Home » Reduced Sentence for Driver Over 3x the Legal Limit

Reduced Sentence for Driver Over 3x the Legal Limit 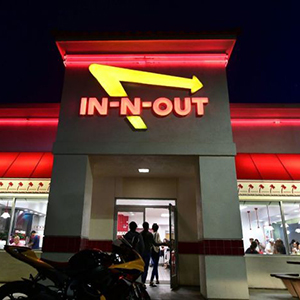 A great burger gone bad.  Around 9:00 PM, an officer was dispatched to an In-n-Out burger to investigate a suspected intoxicated driver.  The alleged DUI driver had backed into something in his car, causing the back of the bumper to get cracked on the rear passenger side.  There were no other vehicles involved and there were no injuries.

Upon the officers’ arrival, he located the suspect vehicle in the drive-thru lane preparing to exit.  He then contacted the driver and sole occupant of the vehicle and immediately noticed the driver had red bloodshot and watery eyes.  The accused driver clearly had a slurred speech and a strong odor of alcohol emitting from his person.  He was asked to park and turn off the vehicle while the police officer conducted an investigation.  The accused driver additionally admitted he had a lot to drink.  Based on the circumstances the driver was located and contacted in and the objective signs and symptoms displayed, he was asked to participate in a series of standard field sobriety tests.

Many tests were conducted throughout the process.  The first was a horizontal gaze nystagmus, where the alleged DUI driver lacked a smooth pursuit in both eyes.  Next, he was unable to stand in a ready position without constantly moving his feet to regain his balance in the stand and balance test.  He nearly fell over multiple times before even starting the test.  The exact same happened during the walk and turn and one leg stand test. The accused driver even nearly fell over multiple times during the finger to nose test.

The alleged DUI driver agreed to a breathalyzer device test and provided a sample of 0.231% blood alcohol content.  Due to his objective signs, symptoms, and substandard performance on the standard field sobriety tests, the officer placed him under arrest for violation of CVC 23152(a) + (b) – DUI w/ BAC > 0.08%.  The accused driver opted to submit to a blood test, resulting in a BAC of 0.272%.

A blood alcohol content of 0.272%, which is over three times the legal limit, can lead to severe punishments.  While a BAC that high is tough for any lawyer to battle, a vigorous and hard-working attorney was fortunate enough to get the accused driver less-than-minimal consequences.  Instead of 23 eight hour days of public work service program or 23 days in jail, this determined attorney got him only 80 hours of out-of-state volunteer work instead.  MADD was deemed satisfied for this military person.  Client had done a 30 day residential program.  Attorney avoided the alcohol program as long as he stays out of California, knowing full well that his own state may reciprocate an indefinite California DMV suspension unless a California program is completed.  If you are going to drink heavily, plan ahead to have food at home or delivered, instead of driving to get food.