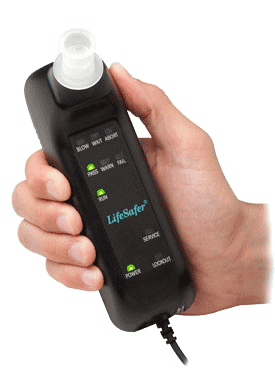 Ignition Interlock Devices (IIDs) are regularly required or ordered in San Diego DUI cases, including when there is a prior DUI or a high Blood Alcohol Concentration (BAC), lawyers say.

An Ignition interlock device (IID) is a mechanism similar to a breathalyzer which is installed in a vehicle’s dashboard. Before the vehicle can be started, the driver must breathe into the device. If the analyzed result is over a programmed blood alcohol concentration, the vehicle will not start.

You may want to make sure you only have one vehicle in your name.  Although there is some confusion in the Vehicle Code where it says: “To install on every vehicle the person owns or operates”, both the police and DMV are generally only requiring one (1) proof of installation to satisfy either’s requirement.

Costs may vary.  Here are some recent quotes:

Installation:  $50-65 for many vehicles; some high end imports and push button start cars can cost more on a case-by-case basis.  Electric cars may be problematic.

This will get you full, early reinstatement of license or driving privileges in CA unless you are deemed by DMV to be a Refusal or Forced Blood Draw.

Warning:  if you get the full early reinstatement with IID BEFORE court concludes and you are thereafter convicted, you will still have to go back to DMV to reinstate a second time and pay a second reissue fee and DMV will give you no credit for time previously served on initial IID restriction/reinstatement.
DMV may allow for Early IID full reinstatement by installing IID, setting a specific length.  However,  court may separately & independently require a longer or shorter period.  Both DMV and court IID installation periods must separately be obeyed by the driver.

You may want to finish the CA alcohol program as soon as possible if you do the IID Early Reinstatement option.

If DMV or its Mandatory Actions Unit notifies you that your Reinstatement/Restriction period is longer than you may have thought, or fails to give credit for any previous suspension/reinstatement/restriction, that is not unusual.  DMV has the final say and it often means having to go through both suspension actions by DMV (administrative per se and arising out of court conviction) before a concrete length of time is determined by DMV.  DMV is notoriously confusing.

On the bright side, the ignition interlock device (IID) will guarantee you will not be at risk for another DUI with significantly increased penalties, or being charged with Penal Code Section 166 – Violation of Court Order not to drive with a measurable amount of alcohol and a Vehicle Code Section 23154 DMV mandatory 1 year suspension without any restriction option if you blow .01% or higher upon being stopped while on probation.  It may also guarantee you do not suffer a probation violation for blowing .01% or higher.  Most importantly, it will avoid any possibility of another DUI while installed.  Another DUI would raise the stakes substantially in terms of penalties and punishment.

To get an IID installed, you want a reputable, reasonably priced company you can rely on.
If needed, the IID company can help you make calls to DMV Mandatory Unit in Sacramento which sometimes gives conflicting information.
It will also probably guarantee you do not suffer a probation violation for blowing .01% or higher.  Most importantly, it will avoid any possibility of another DUI while installed. Getting a second, third or fourth DUI would raise the stakes substantially in terms of increased penalties and punishment in a new San Diego DUI case.
All persons convicted of Vehicle Code Section 23152 are required to have an IID in their vehicle, effective 1/1/18.
California Senate Bill 1046 would allow convicted DUI drivers to get an ignition interlock in order to avoid a license suspension that could cost them their job.
IID in San Diego?  Watch IID Video.
How to Avoid False Positives
The IID is a breath test so it is similar to the hand-held Preliminary Alcohol Screening (PAS) breath test which officers regularly ask motorists to blow into upon point of roadside contact.
LifeSaver’s FC100 breath-tester/IID is generally not prone to giving false positive readings, and only responds to alcohol.  However, the manufacturer indicates many substances do contain alcohol such as:

These trace amounts of alcohol can give a positive reading even though you have not been drinking. Some of these are valid breath test defenses in a DUI case.

To alleviate the possibility of this happening, do not smoke, eat or drink anything, take oral medications, or use mouthwash at least 5 to 15 minutes prior to testing.

If you ever think you registered an alcohol reading because of a contaminant with trace amounts of alcohol, rinse your mouth with water and/or take a few deep breaths and then wait a few minutes before testing again.

Any traces of alcohol in your mouth will soon evaporate and disappear.  It is important to continue testing and pass a test as soon as possible to prove you were not actually drinking alcohol, San Diego attorneys remind.

Over 1.75 million people nationwide were ordered to have interlocks.