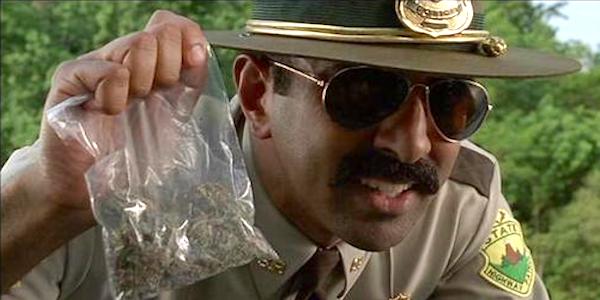 It looks like California is going to legalize marijuana soon. That does not mean you can get really stoned and then drive but you will be able to transport and possess a small amount of marijuana.

If you smoke some, you should be able to drive as you long as you are driving fine. Marijuana DUI is difficult to prove scientifically in California.

The government study released found no evidence that marijuana use leads to a higher risk of getting into a traffic crash, San Diego DUI attorneys relate.

The National Highway Traffic Safety Administration said this 20-month survey of drivers in 2013 and 2014 found that while drinking dramatically raises the chance of a crash, there was no evidence that marijuana use is statistically significant in boosting wreck rates.

With marijuana being legalized in Colorado, Oregon, Alaska, Washington and other states for recreational use, this is something to pay attention to in California.

The report’s findings were based on two surveys. The National Roadside Survey, which collected information from volunteer drivers at 300 research checkpoints across the U.S., and a second study — the largest of its kind ever conducted — that assessed whether marijuana use by drivers is associated with greater risk of crashes. That study, in Virginia, gathered data over 20 months from more than 3,000 drivers who were in crashes, as well as a comparison group of 6,000 drivers who did not crash.

The percentage of drivers with evidence of marijuana in their system increased from 8.6 percent in 2007 to 12.6 percent in the study, NHTSA said

Marijuana users were about 25 percent more likely to be involved in a crash than drivers with no evidence of marijuana use. But that’s because other factors — especially that more younger men are involved in crashes, NHTSA said — rather than marijuana use itself.

By comparing marijuana use among those in crashes and those who weren’t, the safety agency said “other factors, such as age and gender, appear to account for the increased crash risk among marijuana users.”
Former Acting NHTSA Administrator David Kelly said the study results shouldn’t be interpreted as a flat declaration that driving after smoking pot use is safe. Further research is needed, NHTSA said, “before more definitive conclusions about drug use and crash risk can be reached.”

“You can’t say that driving while stoned is not a risk. We know it debilitates the ability to drive safely,” he said.

The United States doesn’t do a respectable job of testing for marijuana use among drivers. Police often does not bother to test for marijuana if a driver already has tested positive for drunk driving.

The Marijuana Policy Project in Denver doesn’t want people driving after significant marijuana use. Safety advocates believe it still may be dangerous to drive after smoking significant amounts of marijuana, and the government plans more testing.

“Nobody should drive while impaired by any substance, and that’s why there are laws on the books to address it. While the research is pretty clear that marijuana use is not remotely as problematic as alcohol when it comes to driving, it can cause impairment. We need to have laws that are grounded in science and punish only drivers who were actually impaired. It’s worth noting that there is also research that has shown people who have used marijuana are more likely to recognize if they are impaired than those who have used alcohol,” he said.

DUI police often go too far. “Arresting hundreds of thousands of people for simply possessing marijuana will not do anything to prevent people who make the mistake of driving under the influence. We would never approach the problem of drunk driving by making it illegal for adults to drink responsibly. It’s just as foolish to do that when it comes to adults who use marijuana responsibly,” he said.

It’s difficult to determine at what level marijuana use may impair driving, the government said, because — unlike with alcohol testing — there aren’t precise levels of chemicals from marijuana proven to correlate with impairment.

It also is on board with the National Institute on Drug Abuse for a simulator study to assess how drivers under the influence of drugs behave behind the wheel, the agency said. Ongoing research, it said, “will refine our understanding of when marijuana use by drivers” increases the effect it has on driving.
“Researchers have developed a deep body of knowledge about the link between drinking, driving and risk. We know drunk driving kills,” added NHTSA Administrator Mark Rosekind.

“The combined message of these two surveys is that our work to understand and combat drunk driving is paying off, but that we have much to learn about how illegal drugs and prescription medicines affect highway safety — and that developing that knowledge is urgent, because more and more drivers have these drugs in their systems.”

As marijuana use behind the wheel is rising, driving on weekends after drinking has fallen sharply.