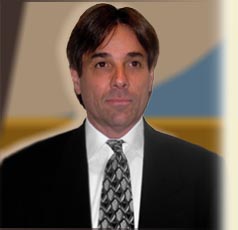 The San Diego DUI Lawyer was recently named as one of the Best DUI Lawyers in San Diego.

Now he has been selected by De Medici Ratings as one of America’s “Most Feared Lawyers.”

Only a few select attorneys will ever attain this distinction.  This honor is based on unaffiliated peer,opponent, and client reviews in certain geographical markets such as San Diego California.  The selection process is only available to attorneys who demonstrate the highest level of advocacy in their chosen fields.

Many San Diego DUI attorneys are competent in their field, but only the fiercest advocates are truly “feared” by opponents and admired by peers. Fierce advocacy on a client’s behalf is often key to success in these important critical DUI and DMV matters.  That is why these Ratings chose to seek out DUI lawyers in San Diego who deserve this honor.  The stakes are always high in DUI cases which is why intelligent clients want the most competent, fierce and feared San Diego DUI lawyer. 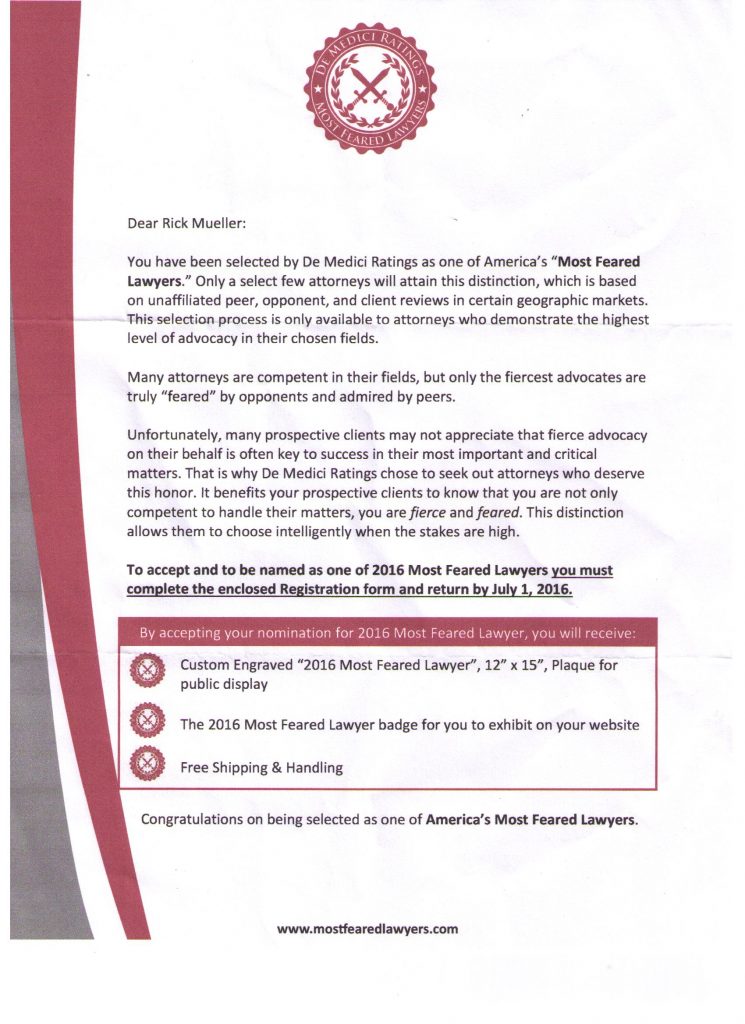 The San Diego DUI Lawyer also has been nominated as one of the “10 Best” DUI Attorneys for California.

The American Institute of DUI/DWI Attorneys nominated him as an impartial third-party Attorney rating service and invitation only legal organization recognizing excellence of practitioners in the field of DUI.

The San Diego DUI Lawyer made this exclusive list of the 10 Best Attorneys for California for Client Satisfaction in the practice area of DUI / DWI law.

In order to achieve this significant honor, The San Diego DUI Lawyer:

1.  Was formally Nominated by the Institute, Clients and a fellow Attorney.

2.  Attained the Highest Degree of Professional Achievement in his field of DUI law.

For this nomination, this Institute thoroughly researched each candidate and the list is narrowed down to the “10 Best” for California, which includes The San Diego DUI Lawyer. 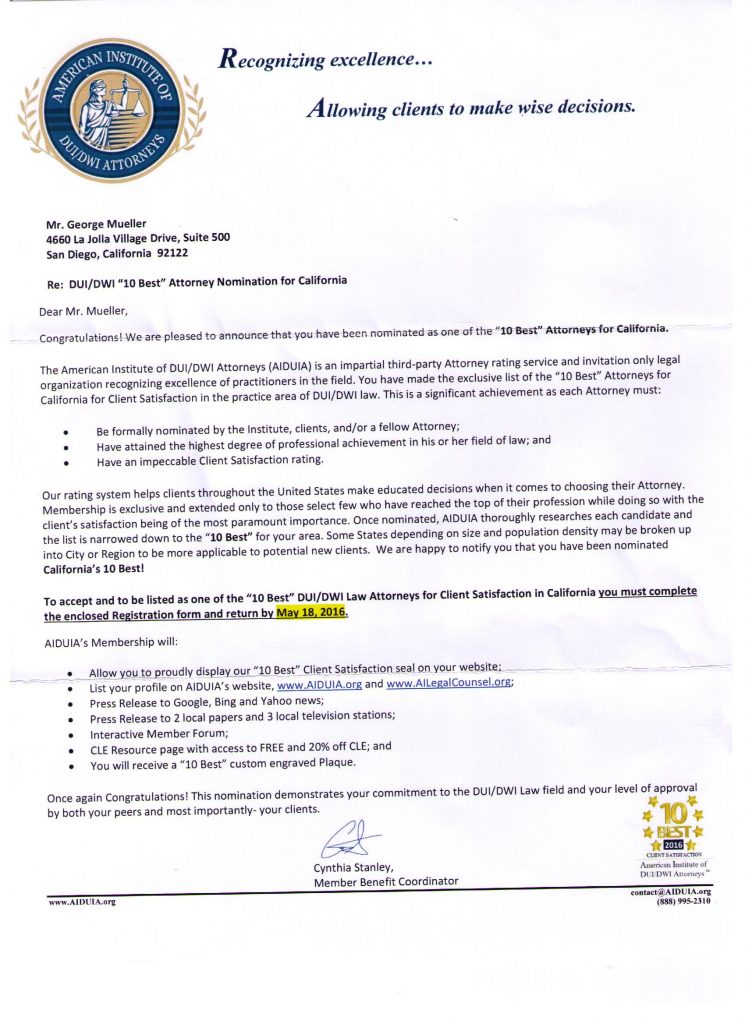